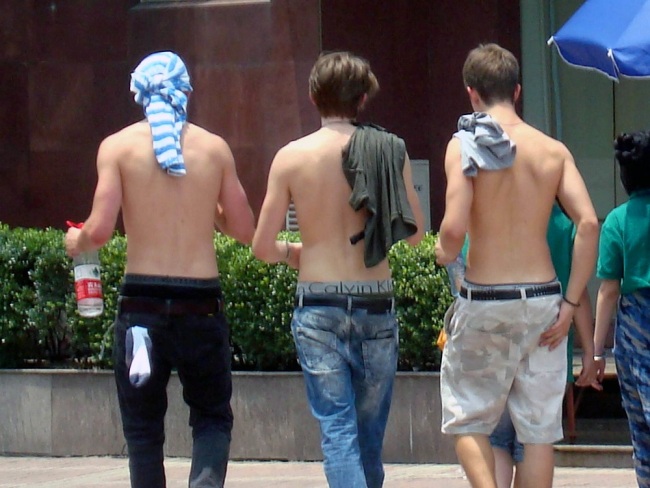 In the wake of the recent heatwave, the public have been urged to keep their fucking tops on. With temperatures soaring across the country, the last thing people need is to be flashed by some idiot who thinks it’s acceptable to go topless in public. “It’s just common sense really,” said one concerned citizen. “No one wants to see your sweaty, sunburnt chest. Put a fucking shirt on.” While some have welcomed the advice, others have criticized it as being sexist. “Why is it always women who are told to cover up?” said one topless woman. “Men can walk around shirtless all they want, but as soon as a woman does it she’s a slut.” Whatever your opinion, one thing is for sure: keep your fucking tops on in public, or risk being arrested for public indecency.